Najen Naidoo grew up in South Africa experiencing constant racism, curfews and riots. He was an outsider even in his own Indian community in South Africa, after living part of his childhood in Canada. As a result of seeing all the discrimination in his childhood, he wanted to bring communities together. After several adventures, trials and errors he has found his place as a social entrepreneur who wants to bring dignity to people.

Najen is a passionate and interesting social entrepreneur who has experienced more than most people in their forties. Since a teenager, he has done his own thing and questioned the status quo more than most of us. His adventures started early. He was one of the first internet hackers in South Africa in the early nineties, and he got expelled from the university due to his hacking skills. As these skills were potentially valuable in the corporate field, he was soon hired by a bank that helped him to get back to the university.

In his young adulthood, Najen worked in Europe then started his own company in New York and lost all his money when the dotcom bubble burst. He had to return to South Africa, where he built his life again from scratch. This time he started to tune in to his calling and focus on things that he found important. It was about contributing to the world by bringing dignity to the less fortunate. In the context of South Africa, this means blue-collar workers and homeless people.

Najen’s journey has been winding and filled with smaller and bigger miracles, and several crazy things happened before the platforms Konektd and City-Zen got realised.

Najen grew up in South Africa as part of the Indian minority. That wasn’t easy, as the country was in a state of separation and chaos. Najen’s family tried to escape the South African problems to Canada in his early childhood, but the racism in Canada was so bad, that Najen’s mother chose to bring the family back to South Africa.

After returning from Canada, they also experienced discrimination from their own community, as they sounded different and behaved differently. On top of all, her mum was divorced, which was unheard of at that time.

Najen was also facing the apartheid brutalities: racism, curfews, riots, and constant threat of violence. The army used to escort children from school. Not to protect them but to make sure they were not sending underground messages to freedom fighters. Many of his family were trained to fight in the freedom movement, and several ended up incarcerated in Robben Island.

“This background started my journey of building independence of mind. I wanted to look at things from the outside. I was suffering, and people in general struggled a lot to integrate. I wanted to do something to contribute, unite people and bring communities together”, Najen says. 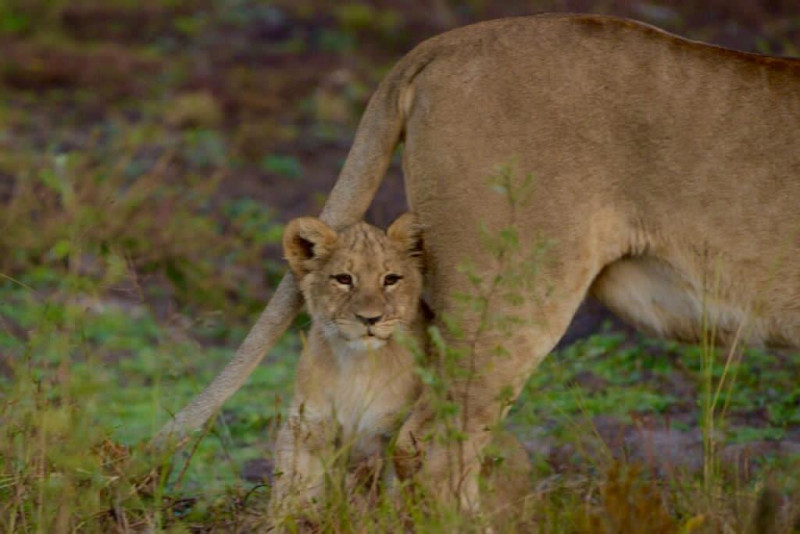 In his journey, one turning point was to face his health issues. Najen had a long history of rather serious health problems. He had asthma, mental health issues with depression, brain fog and OCD (obsessive compulsive disorder), and he started to develop symptoms for MS disease. He was a wreck, and the medical community had very little to offer. His earlier medications had destroyed all his gut bacteria, and he felt that modern medical science just made him feel worse. Ten years ago, he was fed up and decided to hack his own health.

“I did a 40-day juice fasting, and it changed my life completely. As a result, all my pre-existing issues disappeared, including asthma, eczema, depression, OCD and the early symptoms of MS disease. I was like what the fuck happened and started digging deeper”, Najen shares.

He became a vegetarian, stopped drinking and taking any form of pharmaceuticals and got interested in Ayurveda, Chinese medicine and all the natural ways of healing. What he learned was that the human body is predisposed to regenerate. He wanted to optimise the regeneration and focused on adjusting his diet; taking away things that took energy and adding ingredients that gave energy. By eating pure organic vegetarian food, he was nourishing his body naturally. And he felt better than ever.

From Buddhist meditation centre to a motorcycle accident

Something unexpected happened a bit later. Najen wasn’t religious, and at that time, he wasn’t spiritual either. But he ended up at a Buddhist meditation centre “by accident”. He was driving around South Africa with his motorcycle whilst shark diving the coastline to understand these misunderstood predators better, and his plans changed due to a scheduling problem. He had extra time on his hands and got a recommendation from his mum to check out a Buddhist meditation centre in the mountains. Why not, he thought.

He signed up for a four-day silent meditation retreat without much experience in the field. He struggled a lot and was bored AF, and almost left the whole place on the third day. But for some reason, he stayed, and the second meditation of the third day blew his mind.

“My mind went blank for 60 minutes, and I experienced complete peace, something I’ve never experienced before. On the third meditation on the same day, I got a business plan download. The download was the seed for Konektd and was to realise itself several years later”, Najen shares.

He had more lessons to learn, as sometime after the meditation experience, he got into a serious racing accident on his motorcycle. His left hand was crushed, and the doctors said that he would be partly disabled for the rest of his life. He might be able to use the hand in some ways, but driving motorcycle or playing piano was far gone.

He started the healing journey again, following three principles. He was listening to the doctors and somewhat following their instructions. He continued optimising the regeneration process of his body and living healthy. What he also did was a mental shift.

Instead of being impatient and trying to control everything, he decided to let go and trust. He gave himself a year without being attached to any outcomes of the healing process. He would wait and see.

After the year, his hand was completely healed. He was able to drive a motorcycle again and play the piano. Now the doctors also called this a miracle. His body was already strong in regeneration, and now his mind was also more trained. Najen is living proof that there is a lot we can do to contribute to our own healing. 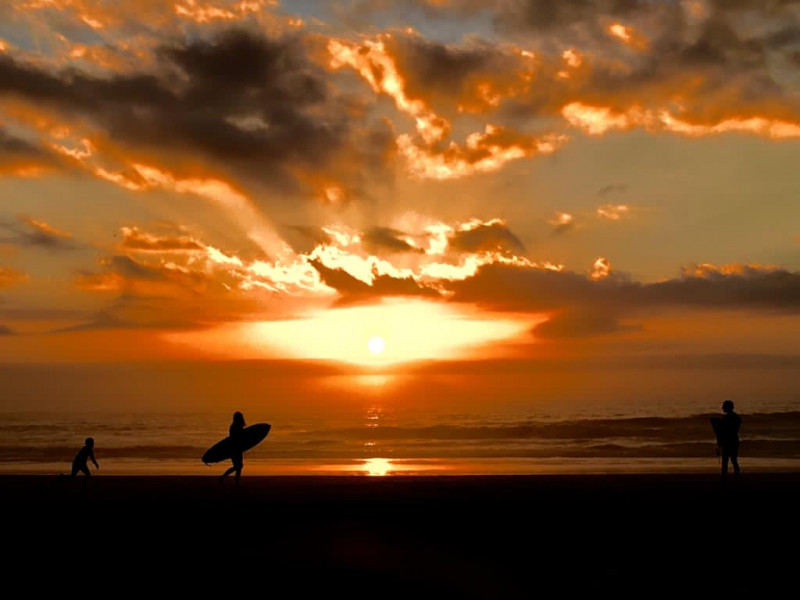 When the mission starts to realise itself

It took Najen many years and several lessons before he got to realise his mission. He has done plenty of consulting in his career, and empowering the blue-collar workers has been on his agenda from the early days. The problem he wanted to solve was about human dignity. In South Africa, most of the blue-collar or low skilled workers are treated poorly.

“Lot of employers in South Africa have an abusive mentality. They see low skilled workers disposable. I wanted to do something about this issue”, Najen explains.

As a consultant, he created some innovative solutions for corporations but didn’t manage to shift their mindset. He ended up working for faceless shareholders and found himself in the middle of restructurings and downsizing projects. That wasn’t what he wanted to do.

In 2016 things started to fall into place, and the download in the meditation suddenly made sense. He got to know to a builder while renovating his house. He realised that these people had no way of marketing themselves unless someone directly recommended them. Finding clients was a pain in the ass for these talented workers, and he wanted to help. That’s how Konektd started.

“In South Africa, safety is still an issue, and you don’t want to let a random person enter your house. I wanted to create a platform, that would democratise marketing for these service providers. I wanted to digitise and leverage the power of the word of mouth”, Najen explains.

A few years back, he also started another project called City-Zen together with his American friend. The project aimed to contribute to two things; cleaner and safer cities and helping people on the streets.

“I was fed up by the fact that it’s so dirty in Johannesburg and even in the wealthy areas, it looks like a third world country. I wanted that the people could actually use and enjoy the green spaces of the city, and I wanted to help homeless people at the same time so they didn’t need to beg or turn to crime”, Najen expands.

They launched City-Zen; funded by themselves and then with some help from the community. They started involving homeless people from the community, giving them work and putting them in teams to clean the city. They wanted to give them dignity of choice and self-determination. Soon these people were earning enough money to pay for their own accommodation and food.

City-Zen also provides them with some basic mentoring on how to manage money and support yourself. As a result, people started changing. Some quit drinking, and some quit doing drugs. They were doing something useful to earn some money and had gotten more meaning and dignity in their lives. Maybe in the future, they find a way to train them to handymen, and they can join Konektd to get more work.

Success is freedom of thought and choice

Najen has lived an exceptional life in many ways. What he has learned through all his adventures is that success is not in his control. He can try his best, try following his calling and enjoy life. The rest is up to the Universe, and the best things might come when you are not too attached to the outcome.

Najen has redefined success many times in his life. Now he thinks he has a pretty good definition. Success means freedom of thought and choice to him. By this, he means a state, where he has worked through his traumas and societal imprints and found some level of peace.

A state where he takes decisions based on his deepest desires instead of following what everyone else is doing.

“We are making a lot of choices that are imprinted on us by family, school and society. We are conditioned to think a certain way and want certain things. We think we are making choices based on what we want, but we don’t know what we want unless we do the work with ourselves and learn to know who we really are”, Najen ends.

It’s not a bad idea to do a sanity check here and there and ask who is it again who is running your life. Why are you doing whatever you are doing? Who takes the decisions you are taking? Whose desires are guiding your life? In the best-case scenario, exciting adventure might wait for people who dare to ask those questions and act upon the answers that might reveal.