I was entering a closed community in the jungle somewhere outside of Playa del Carmen with my two precious Mexican friends. It was 9 pm in the evening and we were going to take part in a traditional shamanic ceremony. Soon I found myself sitting in a circle of around 15 people, mostly tribe members and some Mexicans, around a fire and a carefully built altar. Feeling slightly surreal, very curious but also humble. I felt honoured to be allowed to participate in this sacred session as “an outsider”.

The ceremony master, Leon Benavides, had gone a long way to make the preparations for this night. It was going to be an overnight ceremony honouring the ancient Huichol traditions and spirits. There was a clear order of things and Leon was very strict about that; the fire was the centre of the ceremony, and the ash needed to portray some specific symbols during the night. We had a special fire keeper for that task, making sure that the fire was correctly set, and the symbols drawn from the ash were following the order of the ceremony.

The Huichol people are considered to be one of the last Pre-Columbian cultures in the world and their shamanism can be seen as an ancient healing tradition and in general, a way of life. Their shamanism honours all creation, and the spirit of nature is sacred for them. The purpose of the ceremonies is to connect with the gods, receive spiritual guidance, and find healing through the process. Working with medicinal plants, singing, and praying are often the means to communicate with the creator and reach this purpose.

In Huichol tradition the prayers often focus on hunting the deer, farming the corn, and asking for the rains. Deer is the most sacred animal for them, it represents the purest form of energy and has the capability to heal. Prayers also include asking for guidance to do the right thing and live a good life.

“We are preserving a tradition that is older than 9000 years. We facilitate the ceremonies to keep the spirits happy and to maintain the tradition. It’s our duty to keep the tradition alive, to honour the earth, sun and the basic elements of creation”, Leon explains in a cafeteria in Playa del Carmen some days after the ceremony has taken place.

Leon is an Apache, a Huichol descendant from his grandmother’s side, these days part of the Native American Church. He is originally from Texas. Although most of the Huichol communities these days are inhabiting the remote areas of Sierra Madre Occidental of Mexico, there are descendants in other parts of Mexico and Southern US as well, as in the past days the borders between US and Mexico didn’t exist. Many states of southern US, including Texas, were actually part of Mexico for some time – less than 200 years ago.

Art inspired by the Huichols

Leon is an American artist and entrepreneur in his daily life and what comes to the practice of his traditions and ceremonies, he prefers to call himself a facilitator instead of a shaman. He sees his responsibility to carry certain tools of the tradition, bring them to people, and help them to do the rest of the work.

“I provide the set-up, the altar, and the medicine and I try to guide people to find their own healing. People come to work with themselves during the ceremony”, Leon continues.

From the perspective of a “guest” whose shamanic experiences are limited to cacao-ceremonies in Guatemala, the role of a facilitator seemed highly important. In this case, the facilitator, the set-up, and the other local Huichol people contributing to the ceremony created a safe and sacred space for this beautiful event.

Leon has built his lifestyle around his tradition and the spiritual path related to it. He moved to Playa del Carmen from New York in 2009 to start a dance and theatre company. Aside from the Huichol responsibilities, he has been a musician and artist for most of his life. He has worked with theatres in NYC and made music for off-Broadway musicals. A few years ago, he started his own company “Thunderbolt.studio” which is focused on the music and art inspired by the Huichol tradition. The shows are artistic expressions of the spiritual learnings, including for example honouring all the elements; air, earth, fire, and water. 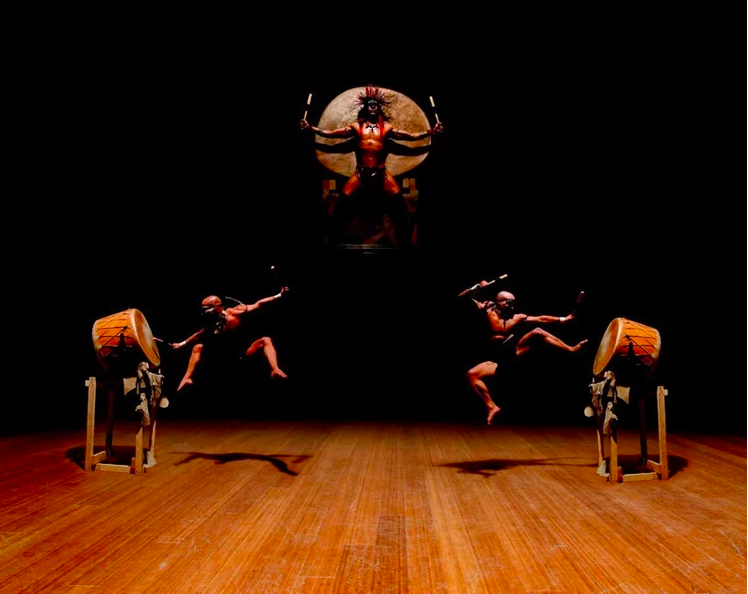 Questions about the missions of our lives are not easy for most of us. People who have dedicated a lot of time in spiritual growth and introspection are not an exception. This applies to Leon as well, sometimes he feels more connected with his mission and sometimes less. But there is a red thread for Leon when he thinks about what he came to do into this planet:

“I feel like I can be a bridge between the ancient traditions and modern lifestyles. The way I serve in the ceremonies, bring the medicine and inspire people through the music and art is like providing tools for better ways of living”, Leon explains.

Building a life that looks like one’s own is not always easy. Leon brings up that there have been bumps on the road: breaks between music projects and stress about money. He’s not sure if he would recommend this lifestyle to anyone else. I wonder, if the lack of credit and occasional issues in paying rent is the other side of the coin, on the other side you can find freedom and incredible spiritual growth with one of the oldest existing cultures on the planet.

I guess ancient wisdom is not something you can buy, and sometimes doing what you want requires sacrifices.

“My lifestyle has given me the flexibility to take care of my spiritual responsibilities, I’ve been able to spend more time to learn about my indigenous tradition. I used to have a lot of pretty good jobs in NYC, but the path took me to study with the teachers of Huichols/Wixacirra in the mountains of Mexico”, Leon explains.

When Leon talks about good life it somehow condenses into having everything that you need in the current moment. Often simple things, as in the end we don’t necessarily need that much stuff around us. Leon tells that while he was working in NYC, he had gigs here and there, and sometimes when there was a long time “in-between” he was practically living in the streets. That most certainly felt like a struggle. But somehow, he always got what he needed to go forward. While there were moments of inconvenience, he always felt like he was taken care of.

This is how life is, right? Sometimes we are in the flow of receiving great things while sometimes life feels like a struggle. Leon appreciates all the learnings he has gotten through the process and recognizes that losing faith at times has been part of his path.

His recommendation to anyone who truly wants to follow their path and go towards the mission is to have faith and always do your best, regardless of what life throws at you.

While the ceremony in the jungle comes to an end, I can feel my ass numb and my legs stiff which is the least you can expect after sitting 9 hours in a meditation position. But it was worth all the pain, as I had an honour of being part of a beautiful ritual, work with myself, and experience some unprecedented moments of magic. If there are special moments and places for connecting with the invisible side of creation, this was definitely one of them. 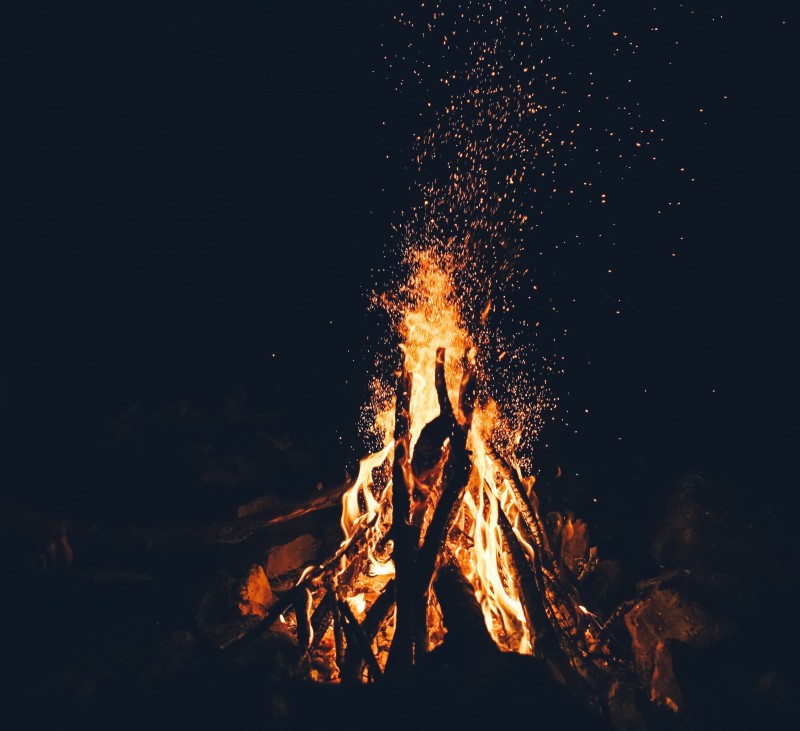